The company was founded by two bond market veterans, with each bringing more than 20 years’ expertise in the securitized and asset finance markets to the new firm. The two founding principals have, between them, worked for investment banks, rating agencies, fund managers, official institutions and data providers since near the inception of the structured finance markets in Europe. Our research and advisory client offerings exploit their valuable combined experience and skill-set in these niche markets. 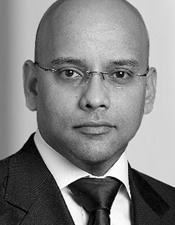 Ganesh has 20+ years experience in investment banking, primarily in the credit and asset-/ mortgage-backed markets.

Prior to co-founding Integer Advisors, he led the fixed income credit and securitized product strategy team at RBS in London for 7 years. Before joining RBS in 2010, Ganesh was at Henderson Global Investors where, as the Head of Advisory, he spearheaded the effort to provide solutions to third-party holders of structured credit risk in the immediate aftermath of the financial crisis. From 2001 until beginning of 2009, he led the securitization research team at Deutsche Bank, serving as Managing Director in the Global Markets Research group. Ganesh joined Deutsche from Merrill Lynch where he spent his early career.

Ganesh is a graduate of Actuarial Mathematics from the London School of Economics and is a Chartered Financial Analyst. Over his research career, he has been a member and/or advisor to various fixed income trade bodies and a regular speaker at industry conferences. He has also contributed to books and journals on bond markets and securitization in particular. 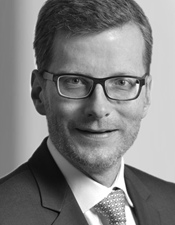 Markus has 20+ years experience in the European structured finance markets in a variety of roles. Prior to co-founding Integer Advisors, he led the build-out of the European Datawarehouse GmbH (ED), Europe‘s first centralised securitisation data repository initiated by the ECB, serving as its CEO until January 2017.

Before his leadership role at ED, Markus was the Head of Securitization at the European Investment Fund, where he spearheaded the group’s mandate to re-invest in the asset-backed market following the financial crisis. During the pre-crisis era, he was a Managing Director at Deutsche Bank in London, leading the origination/ structuring team covering the Northern and Central European securitization markets. Markus joined Deutsche from Fitch Ratings, where he was the Director responsible for European CLOs as well as structured finance ratings in Germany.

He also serves as an independent non-executive director of Scope Ratings GmbH.